Memorial Day: Remembering the sacrifice and those who paid it 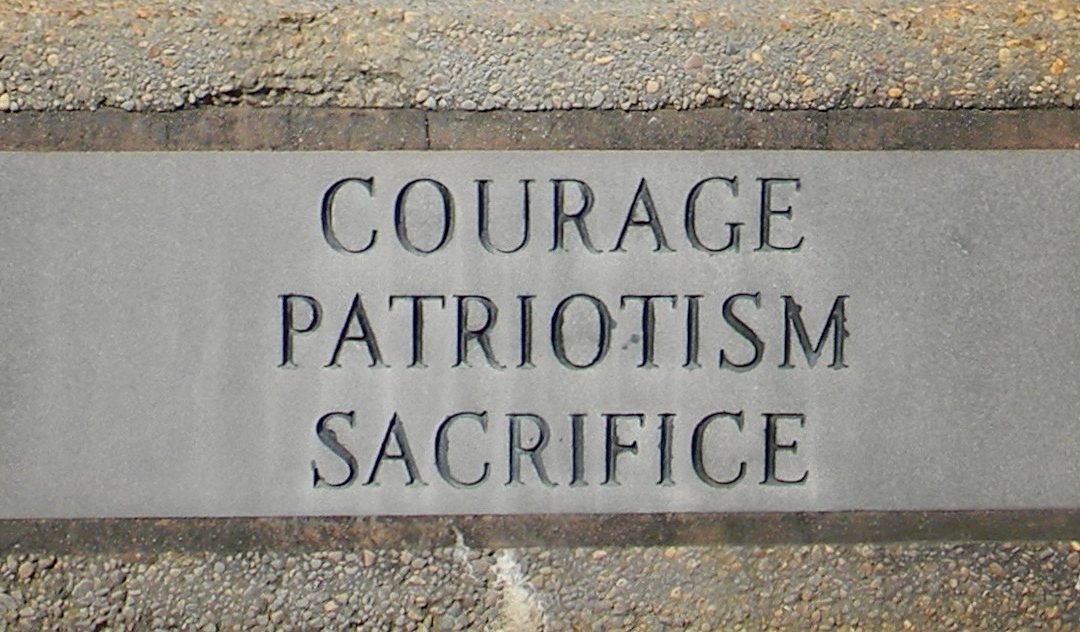 A day to remember those who served our country. To memorialize their heroism, their sacrifices, and their willingness to lay aside their own plans and dreams for the sake of others.

Memorial Day in my family was about Rogers Leuallen Crawford, my mother’s older brother who was killed at Iwo Jima March 5, 1945, when his foxhole was hit by enemy fire. He was barely 22 years old.

Our Memorial Day tradition was to take Grandma Crawford to Fon du Lac Cemetery to plant flowers at Rogers’ grave. While we were at the family plot, we also tended to the graves of Grandpa Crawford, Dad, and Uncle Marion and Aunt Marjorie, both of whom had died as babies.

I was always struck by the simplicity of Uncle Rogers’ headstone. It was the standard issue – white marble, rounded at the top. And each Memorial Day, it was decorated with a new American flag.

That headstone and the faded framed photo of a smiling, young Marine that Grandma kept in her bedroom were the only memories I personally had of the uncle who had died a dozen years before I was born. But over the years, Grandma and Mom added bits and pieces of Rogers’ life – flickers of memory triggered by everyday moments.

When I was in college, I frequently visited Grandma over holidays and extended weekends. During one visit, I was cutting out a pattern on her living room floor when she gasped at the expression on my face. As had been my habit since I was little and concentrating on a somewhat mechanical task, I was chewing on my tongue at the side of my mouth as I wielded the scissors.

“That look on your face. When did you start doing that?” she asked.

“I’ve always done it,” I said, surprised at her reaction.

“Rogers chewed on his tongue like that when he was fixing a bike,” she told me. As a youth, Rogers loved all things mechanical and spent hours repairing old bikes for his many brothers and sisters, Grandma said. In the Marines, he put those skills to work on the vehicles. Whenever Grandma thought about him so far from home, she pictured him chewing on his tongue while working on a military jeep.

In that moment, Uncle Rogers became more than a photo or headstone to me. I realized that I was about as old as he was when he had died. As I thought about my dreams, all the things I wanted to accomplish, and the family I wanted to have, I connected with the uncle I had never met but whose traits I unwittingly copied.

I also thought about Grandma’s grief over all those years. It was a grief she never expressed verbally, but it was there – when she woke up in the morning and looked at Rogers’ face smiling at her from the photo near her bed, when she played with her grandson who was named for his fallen uncle, when she saw my brother fixing the chain on one of our bikes, when the family gathered for our annual Christmas celebration at her house, and when she lovingly planted fresh flowers at Uncle Rogers’ grave on Memorial Day – every year until she rested beside him.

This year, there will be a new American flag marking that grave. But I daresay, there will be no fresh flowers. For the first time, there is no one left in the family who actually knew Rogers.

Mom was the last of the 11 siblings to pass on. With her death last summer, all that’s left to mark Rogers’ life are an entry in a government archive, a gravesite, a namesake … and the stories his brothers and sisters thought to pass on to their children.

Memorial Day. It’s much more than the start of the summer season. Or flags waving. Or a parade. It’s the flesh and blood investment our families have made in this country. The millions of tears that have been shed. The fading memories of the young lives lost.

Share those stories. Pass them on to the next generation. Don’t let the sacrifice, and the lives, be forgotten.