A story of genocide that must be told 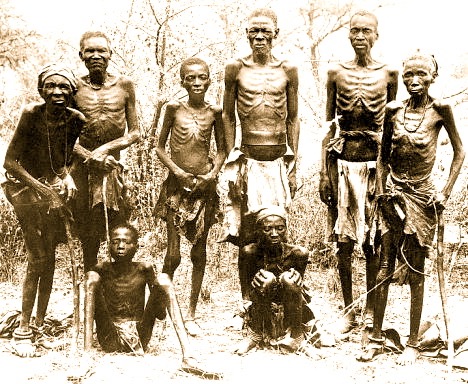 A few days ago marked the second year I haven’t been able to speak with Mom on her birthday. It wasn’t quite as painful as it was last year. But it still hurts not to be able to hear her voice. To share exciting news with her. To talk about our writing. To get her advice on a decision I’m facing.

Most of us know the grief of losing someone we love. At first, it’s like a bad dream we hope we’ll wake up from. The pain does become easier to bear over time. But it rushes back with the notes of a song, a smell, or a memory.

Think of that pain. Even if we multiply it a hundredfold, we can’t come close to the depths of the suffering of those who endured a #genocide. For them, it’s a nightmare that never ends. Every day they live is a reminder of all they have lost. Their families. Their community. Their freedom. Their very way of life.

Today, there are those who want the Herero and Nama, who lost their grandparents and great-grandparents in the first genocide of the 20th century, to forget their history and just move on with life. But to forget is to deny the past, to pretend that the genocide never happened, to erase the memories handed down by those who struggled to survive so they could be a witness for the tens of thousands who died.

Jahohora, the girl who inspired the novel Mama Namibia, wandered for two years in the Kalahari Desert after her family was killed in the 1904 genocide in what was then German SouthWest Africa. There’s a point in the book where she wants to give up – to just lie down in the sand and die. An old woman who’s waiting for death tells her why she must go on:

“’Child, you must listen to me,’ the old woman says. ‘You have to save yourself. For your family. And for our people. Someone must live to tell our story.’”

We can’t let that story be swept away as just a footnote in the history of colonialism. It’s a story that must continue to be told.